Last week, pizza chain Domino’s announced a gutsy plan to open their franchise in Italy, the birthplace of pizza. Now, Starbucks is boldly following suit — and we all know how Italians like their espressos.

The venti java giant is said to be ironing out a franchising agreement that’ll make way for the Bel Paese’s first Starbucks location, set to open its doors in Milan next year.

If you’re scratching your head and wondering why the people of Italy would possibly want to buy mass-produced, whipped-cream-covered coffee from a North American chain instead of sipping their own delicious local offerings, Starbucks says their move isn’t about the java.

The chain hopes to play up their Italian locations as “high-tech meetup spots where middle-aged bankers, lawyers, and business people can sit in quasi-comfy chairs and use the free Wi-Fi.”

Starbucks has confirmed that the coffee they serve in Italy will cater to regional tastes, much like Domino’s pizza varieties.

It will be interesting to see how Starbucks fares against the traditional Italian coffee shops. At least there won’t be any confusion about the cup sizes. 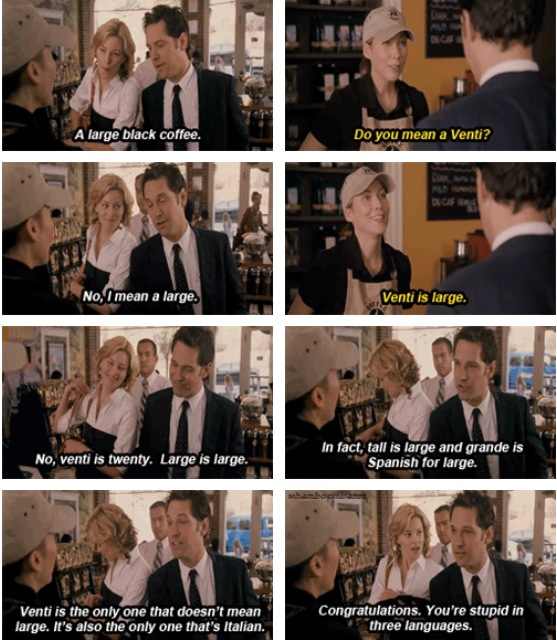