Well by Jo (and Meg and Beth and Amy), we think she’s got it!

Seriously, though, brace yourself for big news, fans of classic lit and Canadian film. Sarah Polley, homegrown director/actor/writer extraordinaire, is set to write a brand new adaptation of the classic novel Little Women for Sony.

We know, we’re kicking our Mary Jane shoes in excitement too.

Word is, Polley (director of Stories We Tell and 2011 Toronto-set drama Take This Waltz), will work with former Sony head Amy Pascal as well as producers Denise Di Novi and Robin Swicord on this still-in-first-stages project. In other words, this new Little Women should be a particularly girl-powered take on the story of the March sisters’ epic saga.

In case you’re not super familiar (hey, we can’t all be the owner of multiple dog-eared copies of the book, acquired from our youth when Jo, the coolest March sister, just spoke your language), Little Women follows four sisters (stubborn, yet brilliant Jo, mothering Amy, all-too-caring Beth and juvenile Amy) as they deal with life with their mother (“Marmee”) while their pops is off fighting in the Civil War. Originally written in two volumes by Louisa May Alcott (one came out in 1868 and the other in 1869), Little Women spans from the March girls’ early years writing and performing plays to their adulthood, where different circumstances (marriage, careers, sickness) both bring them together and tear them apart.

*Pause for a moment of silence for anyone who remembers the tragedy that rocks that third act and still makes us all — even Joey from Friends — cry.*

Little Women the book, was a huge hit when first published and has been ever since, especially following the release of the previous film versions. The first film (a silent one!) came our way in 1917, a second (starring THE Katharine Hepburn!) — was released in 1933, a third — with Janet Leigh as Meg and Elizabeth Taylor as Amy! — hit screens in 1948, and a fourth and seemingly final one (with Susan Sarandon as Marmee, Winona Ryder as Jo, Claire Danes as Beth, Kirsten Dunst as young Amy, and Christian Bale as Laurie!) received critical acclaim back in 1994.

It’s been more than 20 years since we saw our Little girls portrayed on the big screen, and with such emphasis on finding great roles for women young and old, it seems like the perfect time to revisit this story with the help of a team set on doing just that. Remember, Polley got her start in the biz in the Canadian series Road to Avonlea. In that sense, girl knows how to handle being a girl in a period piece, so she should have no problem getting in the head space of the March sisters. Really, the only thing that could mess up this new movie take would be horrifically off-beat casting.

Naturally, the casting of Jo, Amy, Beth and Meg will be dependent on when they actually shoot this thing, as the actresses chosen need to be able to play both the teenage (or in Amy’s case, pre-teenage) versions of their characters and the adult ones. So, it’s hard to say who will actually get the roles at this moment, but we can of course start talking suggestions. 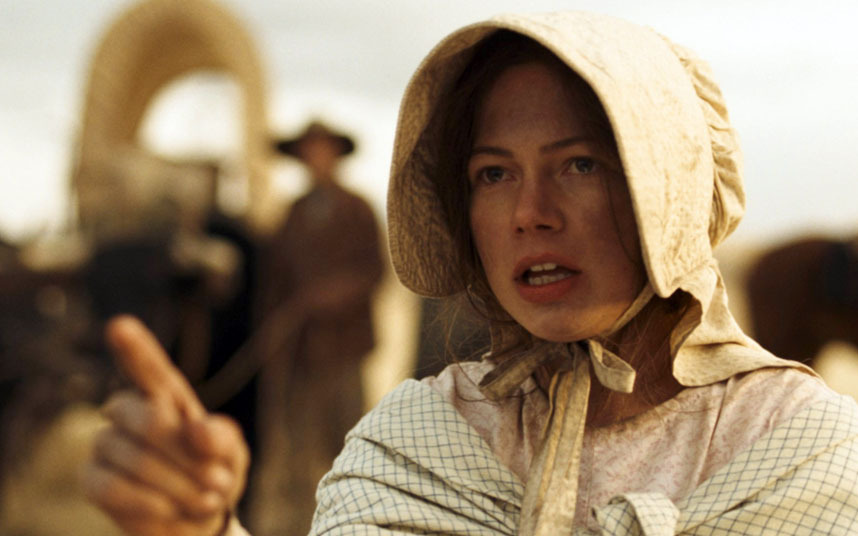 She might seem a little young to play a mother to several teenage girls, but Michelle has shown she can do transform into anyone (Marilyn Monroe, women in the Oregon Trail) with the help of make-up/costumes. Plus, she’s just a super great actress and has worked with Polley (Take This Waltz) before.

The most overtly critically acclaimed Olsen sister certainly has the chops — and the maturity — to play the eldest March sister. Just ask this gif from Martha Marcy May Marlene!

Arrested Development aside, if you’ve seen an episode of Parenthood, you know Miss Whitman is superb at playing an older sister with an attitude and a heart of gold. And isn’t that exactly how someone could describe Jo?

We like to laugh with Emma Stone and her big eyessss at awards shows, but this Best Supporting Actress nominee is a serious drama queen too. Just imagine those peepers leaking at that sight of the sick baby Beth meets. Yeah, *automatic endless tears*

Girl’s got plenty of experience being the bitchy child thanks to her role as Sally on Mad Men, so she’d be able to play Amy, the worst March sister ever (sorry, but #TeamJo forever). No probs, right?

Who do you think should be in the new Little Women? Sound off in the comments below!