What do you do if you’re the city that’s played home to the world’s biggest McDonald’s restaurant for the past five decades? You knock it down and make a McBigger one!

Orlando, Florida is in the process of tearing down its iconic 12,000 square foot fast food claim to fame, the “world’s largest entertainment McDonald’s,” and is replacing it with an even more gargantuan, modernized location next door.

The older french fry box-inspired location, which was built in the ’70s and featured a variety of McWonders, such as animatronic characters, bowling allies, slides, arcade games, “Mickey D’s Magic & Mayhem Comedy Magic Show,” and the occasional alligator show, will soon be replaced by 19,000 square feet of next level McGoodness.

Here’s a recent look at the two locations side by side during construction:

The new world’s biggest McDonald’s is said to feature upgraded attractions, alternative food like pizza and pasta, and even self-serve kiosks. Who knew you could top a McGator show?

The ridiculously large new location is set to open in Orlando early next month. Here is a rendering of its swanky new McFacilities: 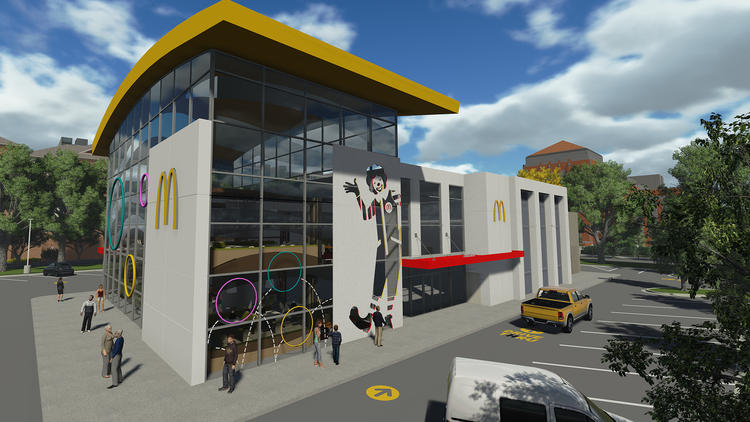 Would you like fries with that? Because you can have them.