Some women like to document their pregnancy ad nauseum — literally. Others, not so much. So when Reddit user DruishPrincess69’s wife was part of the latter group of ladies and had zero interest in taking part in the standard pregnancy photo shoot, he thought he would see how his better half lives.

The title? “My wife didn’t want to take maternity pictures, so I hired a photographer and took her place….” It featured the kind of classic glamour shots one would expect from an expectant mother, but not a dad-to-be. Weird, hilarious, or about damn time? You be the judge.

Another one, for good measure:

The classy bump caress (complete with arm casually covering his moobs), and in black and white, of course:

And, of course, the hand heart over the bump:

And in case you wanted to know how DruishPrincess69 did it, well, we have no idea. We presume he’s one of those people who can stick out his stomach in that gross, Taco Bell baby kind of way since this is what he normally looks like: 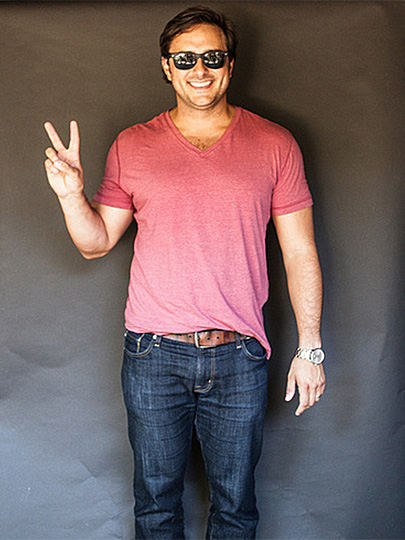